How will the Government Gas Boiler Ban Affect Landlords? 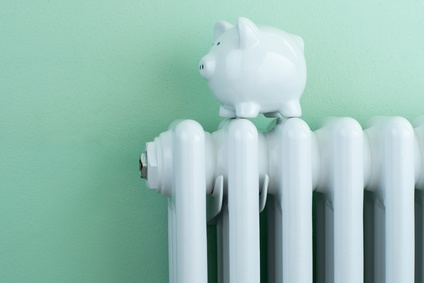 The government has announced that gas boilers and other fossil fuel powered heating and hot water systems will be banned in new homes from 2025 in an attempt to tackle climate change.

Fossil fuel heating systems will be taken off the agenda under a new ‘future homes standard’ aimed at lowering carbon emissions as well as fuel bills.

There are government targets in place to cut greenhouse gas emissions by 80 per cent by 2025. A ban on gas and oil-fired heating and hot water systems will assist in meeting these. Currently, 14 per cent of emissions come from households, so the ban could make a considerable difference.

The future is certainly becoming greener, but how will landlords be affected by the gas boiler ban? Let’s take a look.

The boiler ban will not apply to existing properties, which means landlords won’t have to replace gas boilers with alternatives. Property developers, or landlords commissioning new builds after 2025, will however be required to fit out homes with heating and hot water systems powered by renewable sources.

It tends to cost more to install renewables-powered heating and hot water systems, so developers are likely to pass these higher costs on to landlords. However, there are long term benefits to consider.

Lower utility bills are part and parcel of a renewable home energy system, and lower bills are clearly going to be attractive to a tenant, which means greater rent-ability for landlords’ properties. Renewable-powered homes are also more attractive to environmentally minded tenants, so another plus point. Both advantages make it easier for landlords to up the rental value of their properties. So all good in this respect.

There are a number of viable alternatives to gas and oil powered heating and hot water systems that landlords may wish to consider even ahead of the fossil fuel and gas boiler ban.

Landlords have already been replacing ageing gas boilers with electric alternatives, with electric predicted to overtake gas in just a few years according to industry groups. There are numerous benefits to electric boilers including safety, reduced responsibilities, flexibility and cost savings. Solar panels fitted to a property’s roof will convert this option into a renewable alternative, and with renewable electricity sources such as wind, solar and biomass meeting more and more of the electricity demands of the UK, electric boilers are really becoming an incredibly viable option.

Solar panels are an increasingly popular alternative method of heating water in a domestic property which can be used for the hot water supply or to power the central heating system. Solar technology has come on in leaps and bounds and the panels are now capable of drawing in energy from the sun even on dull, cloudy days.

Not cheap to install, but very cost effective when it comes to running costs, air source heat pumps capture heat from the air outside and channel it in to heat the home or its water supply. During the summer months, the system can work in reverse to extract the hot air from the home and take it outside, keeping the inside nice and cool.

Again not cheap to install but an extremely cost effective option in light of the gas boiler ban, ground source heat pumps extract heat from deep underground and transfer it to a hot water cylinder in the home. The heat from the ground is absorbed into a liquid consisting of anti-freeze and water and then passes into a heat exchange system. Central heating, hot water and underfloor heating can all be powered by ground source heat pumps.

Thinking About the Future

As a landlord thinking about the gas boiler ban, you’ll need to give careful consideration to the costs behind each respective renewable option, and weigh those up against the advantages. Whilst some systems may prove expensive to install, their long term benefits may be worth the initial investment.

As we become a more environmentally responsible nation, it is reasonable to expect tenants to be on the lookout for greener living options. Some may be more than happy to pay higher rental premiums in exchange for reduced energy bills and peace of mind.